The high quality of products and production line of Grah Lighting is backed up with original international certificates. All products are tested, approved and authenticated by official associations covered under NATA Mutual Recognition Agreement Network and independent institutes. These certifications provide evidence that our products are superior to those of our competitors, who in many cases lack this important ratings.

Grah LED luminaires are being produced completely on the automotive production line and in compliance with the strictest Automotive standard, while working under Quality process management standard and in-house Environmental management system with continual improvement.
Acquired production certificates:

The Australian government requires that all imported or locally produced electrical and electronic equipment comply with electromagnetic compatibility (EMC) emission requirements.
A compliant product must bear the C-Tick logo.The C-Tick mark is a regulatory compliance trademark registered to the ACMA under the Trade Marks Act 1995 and is a protected symbol under the Radiocommunications Act. The C-Tick compliance label consists of the C-Tick compliance mark and the supplier identification. The supplier identification depicted is the Supplier Code Number (SCN) issued by the ACMA. Suppliers of devices scoped by a standard listed in the EMC Standard must affix a compliance label to their device before supplying it in Australia. The C-Tick compliance label indicates that the supplier of the device asserts that it complies with all applicable standards. The SCN establishes a traceable link between
a device and the supplier responsible for placing it on the Australian market. Compliance with Australia’s regulations provides automatic compliance with New Zealand’s regulations and marking. 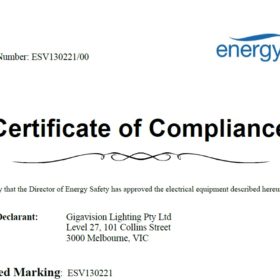 The International Electrotechnical Commission (IEC) is a non-profit, non-governmental international standards organization that prepares and publishes International Standards for all electrical, electronic and related technologies – collectively known as “electrotechnology”. The IEC charter embraces all electrotechnologies including energy production and distribution, electronics, magnetics and electromagnetics, electroacoustics, multimedia and telecommunication, as well as associated general disciplines such as terminology and symbols, electromagnetic compatibility (by its Advisory Committee on Electromagnetic Compatibility, ACEC), measurement and performance, dependability, design and development, safety and the environment. IEC standards are also being adopted as harmonized standards by other certifying bodies such as BSI (Great Britain), CSA (Canada), UL & ANSI/INCITS (USA), SABS (South Africa), SAI (Australia), SPC/GB (China) and DIN (Germany). IEC standards harmonized by other certifying bodies generally have some noted differences from the original IEC standard.

The International Dark-Sky Association is the authoritative voice on light pollution. IDA educates lighting designers, manufacturers, technical committees, and the public about light pollution abatement. They recognize that the best way to accomplish their goal of protecting and restoring our natural night environment and our heritage of dark skies is through promotion of quality outdoor lighting. It is in this spirit that they have developed the Fixture Seal of Approval (FSA) program for dark sky friendly fixtures. The Fixture Seal of Approval provides objective, third-party certification for luminaires that minimize glare, reduce light trespass, and don’t pollute the night sky. IDA evaluates the photometric data of any luminaire submitted by its manufacturer. When the fixture is approved, the manufacturer receives a certificate and the Fixture Seal of Approval. Manufacturers may use the FSA seal to promote and advertise their IDA-Approved™ dark sky friendly products. 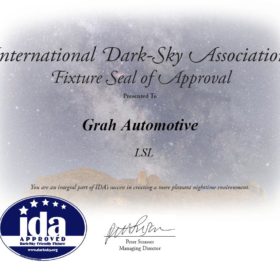 RoHS prohibits use of certain substances and is therefore a green EU directive.
RoHS stands for “The Restriction on the Use of Certain Hazardous Substances in Electrical and Electronic Equipment”, or simply, the ‘RoHS’. It was adopted in February 2003 by the European Union. The RoHS directive took effect on 1 July 2006, and is required to be enforced and to become law in each member state. The Regulation implements EU Directive 2002/95 which bans the placing on the EU market of new electrical and electronic equipment containing more than agreed levels of lead, cadmium, mercury, hexavalent chromium, polybrominated biphenyl (PBB) and polybrominated diphenyl ether (PBDE) flame retardants.

The CE marking (also known as CE mark) is a mandatory conformance mark on many products placed on the single market in the European Economic Area (EEA). The CE marking certifies that a product has met EU consumer safety, health or environmental requirements.
Originally “CE” stood for “Communauté Européenne” (“European Community”) or “Conformité Européenne” (“European Conformity”). By affixing the CE marking to a product, the manufacturer on his sole responsibility declares that it meets EU safety and health and environmental requirements. The manufacturer has to take certain obligatory steps before his product can bear CE marking. He has to carry out a conformity assessment, set up a technical file and sign an EC declaration of conformity. The documentation has to be available to authorities on request.

ENEC (European Norms Electrical Certifications) is the high quality European Mark for electrical products that demonstrates compliance with European safety standards. European Certification Bodies in the electrical sector have opened the ENEC European Safety Mark to all electrical product sectors. From 2008 ENEC Mark was expanded to household appliances. Testing takes place in independent ENEC approved test laboratories worldwide, and in approved manufacturers’ laboratories. The ENEC Mark is a proof that: – the product complies with applicable EN safety standard and performance testing requirement
– the manufacturer applies a quality system according to ISO 9000
– end products are re-tested every two years
– the manufacturer has a verified production control, e.g. factory inspections.

The global automotive industry demands world class levels of product quality, productivity and competitiveness as well as continuous improvement. To achieve this goal many vehicle manufacturers insist that suppliers adhere to strict technical specifications laid out in a quality management standard for suppliers to the automotive sector, known as ISO/TS 16949:2002 which has been developed by the industry, the International Automotive Task Force (IATF). ISO/TS16949:2002 is an ISO technical specification which aligns existing US, German, French and Italian automotive quality system standards within the global automotive industry. It specifies the quality system requirements for the design/development, production, installation and service of automotive-related products. The aim of the standard is to improve the system and process quality to increase customer satisfaction, to identify problems and risks in the production process and supply chain, to eliminate its causes and to examine taken corrections and preventive measures for their effectiveness. The focus lies not on the discovery, but on the avoidance of errors.

ISO 9001:2000 combines the three standards 9001, 9002, and 9003 into one, called 9001. The 2000 version sought to make a radical change in thinking by actually placing the concept of process management front and center (“Process management” was the monitoring and optimizing of a company’s tasks and activities, instead of just inspecting the final product). The 2000 version also demands involvement by upper executives, in order to integrate quality into the business system and avoid delegation of quality functions to junior administrators. Another goal is to improve effectiveness via process performance metrics — numerical measurement of the effectiveness of tasks and activities. Expectations of continual process improvement and tracking customer satisfaction were made explicit. The ISO 9000 standard is continually being revised by standing technical committees and advisory groups, who receive feedback from those professionals who are implementing the standard.

ISO 14001 is part of a family of 16 international ISO 14000 standards designed to assist companies in reducing their negative impact on the environment. The standard serves as a framework to assist organizations in developing their own environmental management system. ISO 14001 can be integrated with other management functions and assists companies in meeting their environmental and economic goals. ISO 14001, as with other ISO 14000 standards, is voluntary, with its main aim to assist companies in continually improving their environmental performance, while complying with any applicable legislation. Organizations are responsible for setting their own targets and performance measures, with the standard serving to assist them in meeting objectives and goals and the subsequent monitoring and measurement of these. The fundamental principle and overall goal of the ISO 14001 standard, is the concept of continual improvement. ISO 14001 is based on the Plan-Do-Check-Act methodology (Standards Australia/Standards New Zealand 2004) which has been expanded to include 17 elements, grouped into five phases that relate to Plan-Do-Check-Act; Environmental Policy, Planning, Implementation & Operation, Checking & Corrective Action and lastly Management Review.

Using energy efficiently helps organizations save money as well as helping to conserve resources and tackle climate change. ISO 50001 supports organizations in all sectors to use energy more efficiently, through the development of an energy management system (EnMS). ISO 50001 is based on the management system model of continual improvement also used for other well-known standards such as ISO 9001 or ISO 14001. This makes it easier for organizations to integrate energy management into their overall efforts to improve quality and environmental management. ISO 50001:2011 provides a framework of requirements for organizations to: – Develop a policy for more efficient use of energy
– Fix targets and objectives to meet the policy
– Use data to better understand and make decisions about energy use
– Measure the results
– Review how well the policy works, and
– Continually improve energy management.